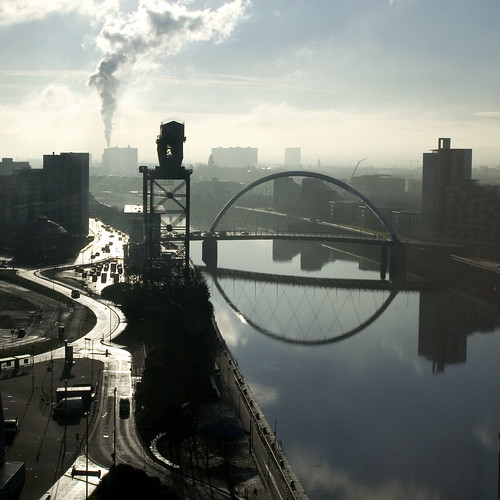 We’re off ‘doon the water’ as they say in Glasgow.

We’ve had an offer accepted on a house in Dunoon, which is in Argyll and Bute on the West coast of Scotland.

We are all fairly excited but it isn’t planned to happen until the end of May.

This allows enough time to sell our fab flat in Glasgow and for me to work out my notice.

So the home education plan moves on… I will contact the Argyll and Bute council to discuss the possibilities offered by the local grammar school but it does have over 1000 pupils and I personally cannot imagine that this would be OK for Laurie.

There is some debate about the optimum size for a school community to thrive and I’ll try to find some and point to it later. However this is largely academic to us as most of that research would not take into account the need for schools to support children with autism by generally minimising the amount of sensory overload they might encounter. It seems logical that the more students there are the more noise, distractions, potential for hidden bullying and chaos there are.

Well we’ll see when I talk to them. For now I need to concentrate on working my notice, selling the flat and organising the move.

Worst bit of course is all the damn cleaning in preparation for people to come and look around. That and pretending that we don’t have two large smelly dogs…