I feel so good about it too.

Laurie’s present to me is to dress up in anything I ask and pose for photo’s, plus massages (which he is very good at) and probably helping me cook dinner. How cool that he has just hit the wanting to be independent in the kitchen.

You know that thing where you spend years thinking – god I look forward to the day he can bring me a cup of tea in bed – getting close….

other presents to be revealed. I really need a computer as I’m running out of photo storage space.

will probably get books; )))

me and lozzie have been a ‘bit under the weather’ – terribly british way of saying I feel crap, bit of a temperature and our legs don’t work.

photo of the day…
called exterminate 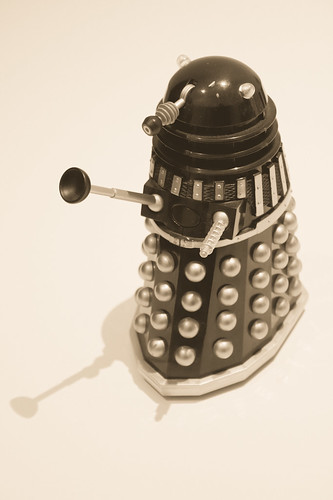 Laurie loves the daleks and so do I.