we had a holiday last week – a few days out and visits and lots of home time. nice…

school update…
still no response from the education services since I wrote a letter asking them how we go about getting a “co-ordinated support plan” (new laws in Scotland mean that we need one of these to get the appropriate support. we have no idea whether Laurie will be going to a school in August or not – so can’t prepare him – great – really helpful for a kid with Aspergers.

We suspect that we may have to continue home educating and that will mean plan c – getting an au pair to live in to cover when we’re not here – not as an educator but as a companion and carer.

life update…
In the meantime Laurie has been fine and fairly happy. Tonight though he was having a bath (usually a really good time for him) and I heard him crying. I asked what was up and he said he was crying because he didn’t know what would happen if we all died. It went on for a while including questions like –

“what is the meaning of life”

“what would happen if you two die and leave me alone”

“humans will be left on a dark cold planet” – hmmmn

It was a bit tough – did the cycle of life thing, the part of the universe thing, there’s no point in worrying thing!

poor lad – he thinks too much.

done a new series on flickr – a story in six pictures which I really like and aims to show positives of Aspergers and some misconceptions – here are two of them.

two sides to every story 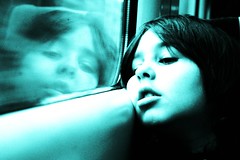 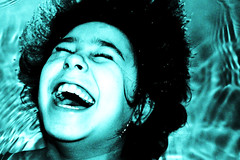