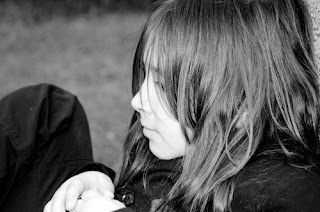 Twice a year we usually have to deal with our son getting very upset and having a week or so of sadness, crying and inability to sleep. This is because on his birthday and at christmas his dad sends him a parcel and a letter.

He is torn because, of course, he is really really pleased that his dad still remembers to do this but he is also gutted that his dad apparently doesn’t want to engage with him on a regular basis. His dad tells him of all his wonderful travels but all his son sees is that he never comes to see him or offers to take him with him.

We have tried to get his dad to communicate with his son directly by phone, email, letter or, even better, with visits both to us and to him. His father has refused to communicate with me for about 6 years now (which does make things difficult). I have tried emails, letters and even using solicitors to help establish an ongoing relationship with his son. He must still want one in some way as he sends these warm letters twice a year.

After the christmas parcel last year L tried to send him an email with some recent pictures but his dad’s work email no longer worked. Presuming that he’s moved jobs I was unable to find another email so L sent him a letter telling him his new email address and asked his dad to send him emails. I was hoping that this may be a start to developing enough of a relationship to start visits between them as there would need to be hardly any communication with me.

He would check his email every day to see if his dad had responded. Not a sausage…

Then yesterday – out of the blue – L got a postcard from Poland from his dad.

well thanks a lot mate – L spend most of yesterday in tears and will be upset for several days. He was talking to one of his twitter pals and told them he was having a bad day. When he told her why she said “well at least he has sent something” and L said “I’d rather he didn’t”.

He doesn’t mean that though – he really wants to see his dad.

It is such a shame. I think it’s to do with pride and intransigence and maybe even intending to hurt me. I just want to somehow tell him what he is missing by not spending time with this fantastic boy. His dad could teach him so much and as a scientist would really be able to inspire him. He could learn alot from his son too who is so loving.

Of course he also misses all the difficult bits, which his stepdad deals with. Like today.

Well his step dad has taken him out to play football in the park to try to cheer him up. His dad is missing that too!

I hope his dad might read this and understand that his son (deep down) really needs to see him. I also worry that one day he will meet his dad and he will say I stopped him seeing him. But I have a box full of evidence of my attempts to encourage regular contact. A parcel twice a year and a monthly payment into my bank account does not really cut it dad…