who do I think I am?

‘Do you believe in a real, authentic core self? How does the idea of performance strike you? And who are you when you’re online?

Who do you think you are?’

One of my friends once said that I was always reinventing myself, which is an interesting idea – some of these reinventions involved massive shifts in my personal and political life. When I was younger these shifts/changes and choices were largely deliberate. As a child my parents moved often and I remember thinking that this presented an opportunity to change who I was. Of course in reality I always ended up just being me – that ‘inner core’ just represented differently to new and different audiences.

The concept of there being different audiences (as if my life is  a performance rather than just a beingness) is important because I used to try to box my life up – compartmentalise it – Louise the daughter and sister, Lou the radical feminist, Lou the sociable extrovert, Lou the Librarian, Lou the conscientious worker, Lou the wife, Lou the lesbian, Lou the Union rep, Lou the control freak, Lou the loving mother. This list could go on and on and should also include those negative Lou’s – the crap friend who always moves on, the heartbreaker, the whore, the liar, the selfish cow, etc. etc…

This blog was one attempt to bring together all my separate identities – although its a big cheat because I chose this site because I can categorise and tag to my hearts content so really it’s just a load of separate selves lumped in together. Do my work colleagues really want to read this ramble. Do they want to read about autism and home learning. Probably not. So not sure this works that well and sometimes it does stop me posting things – like rants – like this.

So how does the digital world change how  I represent myself or perform?

This image below links to a  set of self portraits on flickr and is called ‘being norma’.  On flickr I am norma desmond! 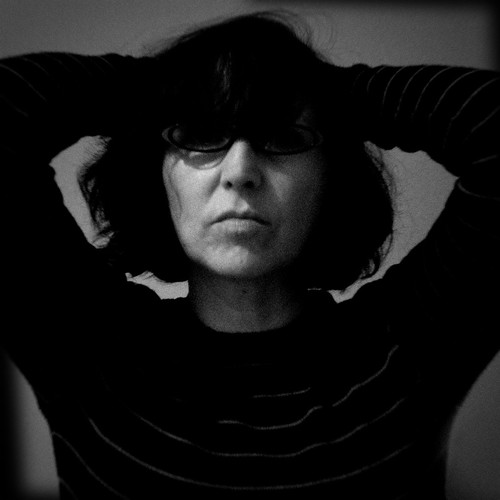 I became norma on flickr in the moment it took to register – they asked for a screen name and I instantly thought of using a hollywood drama queen. norma’s persona grew and I developed a fairly strong social network – some relating to photography but a much stronger network around autism. I like being norma I made some real friends on flickr and crossed over from purely digital interaction to face to face contact.

Note I do not say from virtual to real contact… To me virtual contact with real people is as real as any other contact and as important. See also my post ‘immitation of life’ about my son and his virtual life…

The reason I have been thinking about this alot lately is that I will be 50 this year. I feel that I have already started to become invisible as an older woman. My performances have been affected. I have become fairly reclusive in the physical world but my virtual life continues it complex dramas – I can represent myself there in any way I want. Becoming older is seriously challenging my perception of my core self…  just hoping it’s not too shallow to take me through this transition.